The general idea of the conference states that although neighbourhoods are a temporal phenomenon, one cannot but note that they set the social reality in order. Neighbours may not always be noticeable, yet they always are bearers of some emotional load. According to Richard Grathoff, ”neighbours manifest themselves in a peculiar situation of intersubjectivity as the closest Others beyond the scope of the milieu. They delimit the milieu’s borders and borderlands”. Bearing in mind the vast material concerning the Polish borderlands - these bridges between the states and societies - that the social scientists have succeeded to gather, one can not be surprised that the thought over bigger phenomena, i.e. neighbourhoods, turned out to be no less interesting and fruitful. 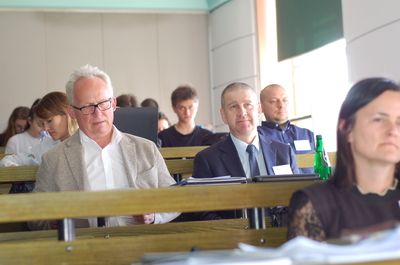